What We Don’t See in the Shadows 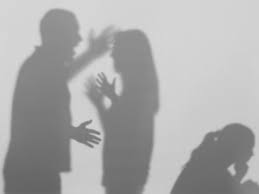 Some pathologies are like fiends, lurking in shadows, often unseen, and certainly under-recognised. Non-fatal strangulation (NFS) is one of those.

Although there’s nothing new about NFS as an act of violence and control, it is only recently that we as clinicians have understood what makes it unique.

All around the world, legislation is falling into line with NFS, with legal ramifications commensurate with the seriousness of it as a crime. Now we, in medicine, are catching up with the law.

What is interesting, however, is understanding why we’ve been so slow to register NFS as the deadly act it is. We now know that a single episode of NFS increases a victim’s risk of being killed at the hands of that same perpetrator up to seven times. It has been described as being ‘on the edge of homicide’; not just an act of violence, but of cold, calculating control. It says, ‘with my bare hands, I can take your life.’  It takes not much more than the strength of a handshake to kill. To parse the reasons why we have been slow on the uptake, the following points may go some way to explaining.

Thus, NFS can be considered the newest of old conditions. By increasing our level of suspicion, asking the right questions in the right ways, we have it within our own hands to save a life.