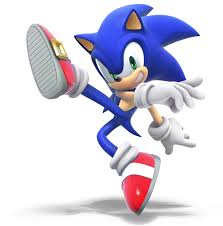 What lies beneath this month’s column is a melange of scientific terms to amuse and delight. It is a medley of monikers, a farrago of phrases.

It seems only fair to turn my pen to some whimsy after last month’s polemic. Consider this an antidote to the grave and urgent discourse on the climate crisis.

I sat my emergency medicine basic science exams in 1995. For those of you who can do such advanced maths with such large numbers, that is twenty-four years ago. A good deal has been discovered since then, about biology, physiology, pathology, and many other  -ologies in-between. It is an endless source of joy and wonder that so many fundamental functions of our organic world have been only recently discovered, unearthed, unveiled. Equally wonderful is the freedom which some of the discoverers have felt when naming their finds.

This list is for nothing more than you to stockpile and use at parties or grand rounds or any other time you desire to impress with your knowledge of the eclectic and ridiculous.

And so we applaud the name bestowers, those who have refused to toe the sensible line, those who have given us a few moments of etymological joy. May the discoveries never end.